After falling almost 7% at the end of April, shares of health insurer Centene (NYSE:CNC) gained it all back and more in May. The stock climbed 19% during the month, according to data provided by S&P Global Market Intelligence.

When the company reported earnings last month, investors seemed disappointed with its medical loss ratio (the percentage of premiums collected that is spent on care). Wall Street quickly got over it, sending shares up throughout May as Centene made two executive announcements and confirmed that a big acquisition will soon close.

First, it appointed a new chief financial officer: Drew Asher, who joined Centene when it acquired WellCare at the beginning of 2020. He had served as that company’s CFO for the previous six years and has 30 years of industry experience.

The second executive move was bringing in Suzy DePrizio as chief marketing officer. In her last role, she led the digital transformation for Johnson & Johnson where she was responsible for growing online sales.

To date, Centene’s strategy has been to grow predominantly by acquiring other health plans and services. Buying behavioral health services provider Magellan Health for $2.2 billion in January signaled that this approach isn’t likely to change soon. CEO Michael Neidorff confirmed during the month that the deal would close in the first half of the year.

For his part, Asher has already demonstrated the capability to identify targets and bring them into the fold. In 2020, one of Centene’s largest acquisitions came from the specialty pharmacy business that he ran.

The move to hire DePrizio could address two areas of need. First, she brings experience in digitization and online sales. Those are not areas management has typically highlighted to investors. Second, despite being on the Fortune 500 list as the third largest insurer behind UnitedHealth Group and Anthem, its brand recognition is far behind those two. It’s even below much smaller Humana.

That said, Centene is quietly pulling together a large, integrated healthcare enterprise. It isn’t getting much credit from Wall Street. It has the lowest valuation based on price-to-sales, and price-to-book of the four insurers mentioned. 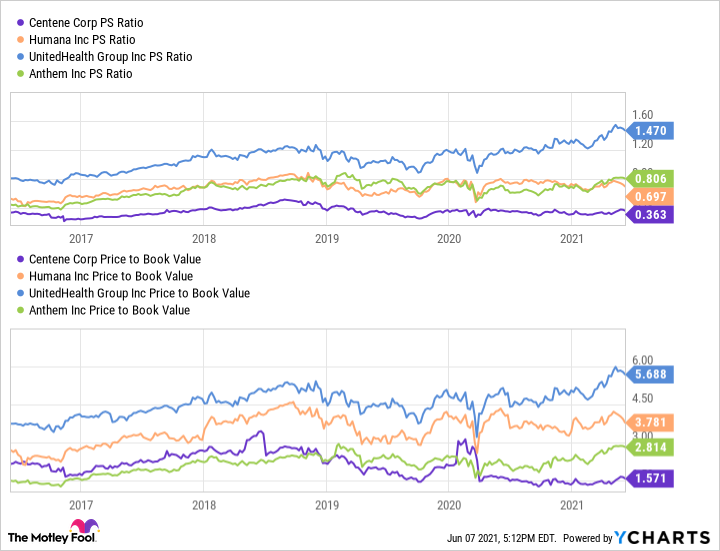 If Centene can squeeze out the overlapping costs from the acquired businesses, it could deliver significant profits in the years ahead. If that happens, investors will likely bid the shares up to the valuation it is willing to pay for the other insurers.

This article represents the opinion of the writer, who may disagree with the “official” recommendation position of a Motley Fool premium advisory service. We’re motley! Questioning an investing thesis — even one of our own — helps us all think critically about investing and make decisions that help us become smarter, happier, and richer.

Centene’s Board Of Directors Appoints Sarah London As Vice Chairman

You may have missed

How to Trade Bitcoin Forex Trading

The Best Tips for Ecommerce in Canada

Predicting the gender of your baby

This website uses cookies to improve your experience while you navigate through the website. Out of these cookies, the cookies that are categorized as necessary are stored on your browser as they are essential for the working of basic functionalities of the website. We also use third-party cookies that help us analyze and understand how you use this website. These cookies will be stored in your browser only with your consent. You also have the option to opt-out of these cookies. But opting out of some of these cookies may have an effect on your browsing experience.
Necessary Always Enabled
Necessary cookies are absolutely essential for the website to function properly. This category only includes cookies that ensures basic functionalities and security features of the website. These cookies do not store any personal information.
Non-necessary
Any cookies that may not be particularly necessary for the website to function and is used specifically to collect user personal data via analytics, ads, other embedded contents are termed as non-necessary cookies. It is mandatory to procure user consent prior to running these cookies on your website.
SAVE & ACCEPT
Go to mobile version